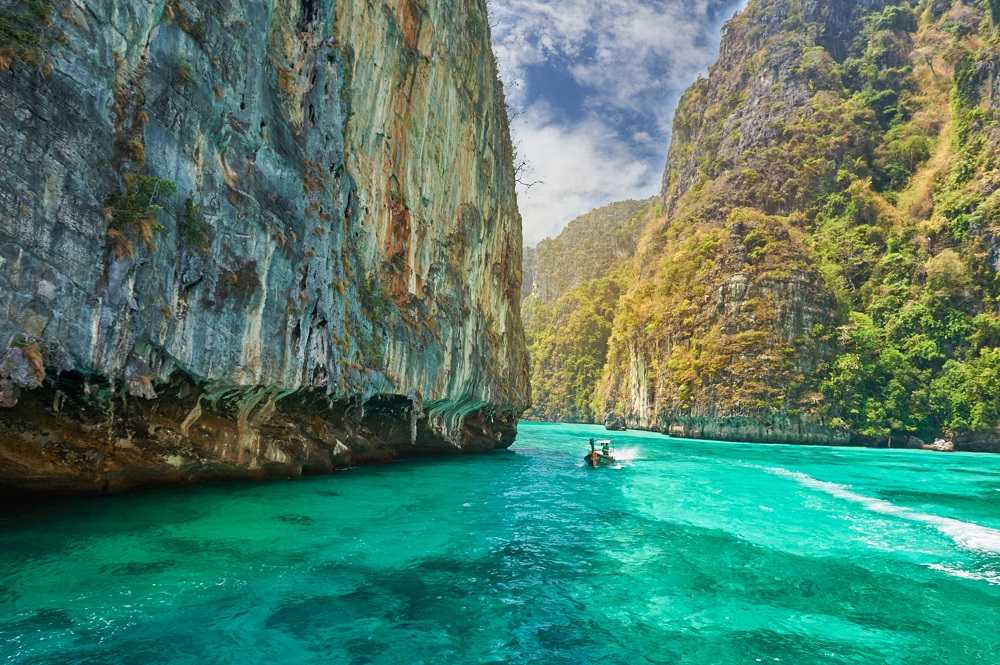 It’s the old age debate. You’ve come to Phuket and decided to do a speed boat tour. Which one to do? Phi Phi Island tour or Phang Nga Bay tour? Well if you ask us we’d say both, but let us give you the difference between the two so that you  can make a decision. In our opinion Phang Nga Bay and Phi Phi Island are both very different experiences so it depends on what sort of an experience you are after. Phi Phi Island  is best know for it’s starring role in the film The Beach. Tourists have been flocking to Maya Bay every since the movie put it on the map.  Phi Phi is made up of 6 islands but commonly people only know of Phi Phi Lay and Phi Phi Don. It is surrounded by stunning waters and blessed with white sandy beaches. If your idea of a good day out is snorkelling and swimming in these clear blue waters followed by soaking up some rays on a beautiful beach, then a Phi Phi tour may just be the one for you. At Simba we offer several opportunities for snorkelling and also hanging out on the beach. Phang Nga Bay is best known for the iconic rock that featured in the James Bond movie, The Man With The Golden Gun.  The island has since been named, and is affectionately known as, James Bond Island.  This is not the only thing to see or do in the bay though. There are stunning karsts jutting from the sea, hidden lagoons, caves and much more to explore. A Phang Nga Bay tour suits adventurous types. Whilst we do manage to fit a bit of lazing around on a beautiful beach, the tour is predominantly activities based. The scenery in Phang Nga Bay is stunning and is often compared to Ha Long Bay in Vietnam. There is a good reason as to why the topography looks similar and this is because the two areas both form part of an area the was effected by a big shift in the Earth’s plates. If you’d like a day on the water taking in some stunning scenery, kayaking through lagoons and caves then a Phang Nga Tour is the one for you.

Beat the crowds and book an experience of a lifetime as we head out of the Covid area and back towards a sense of normality! 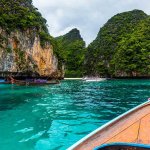