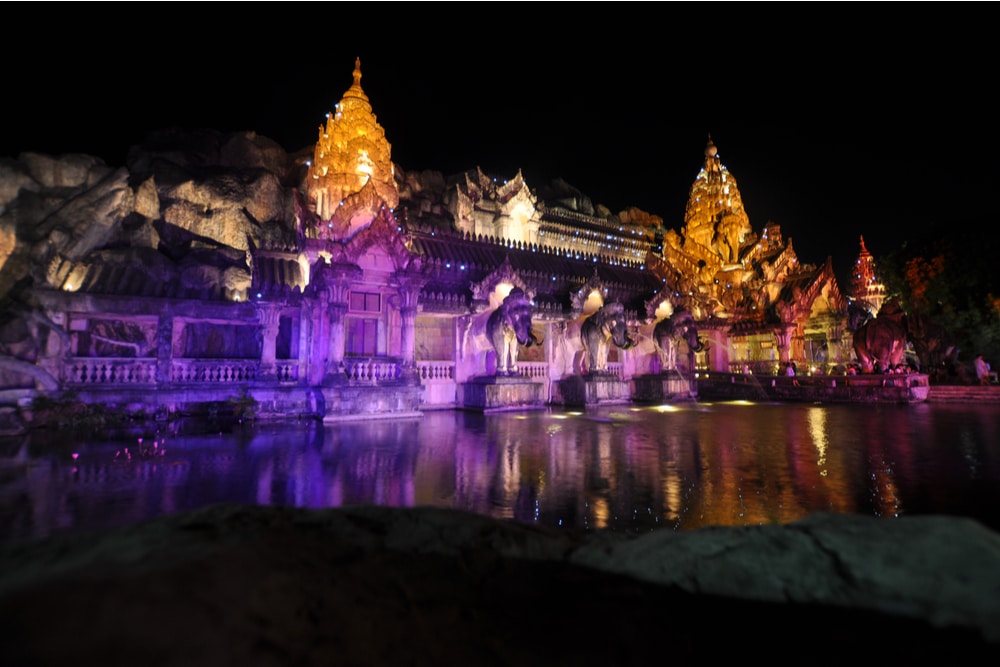 Ever heard of Fantasea Phuket? What is it all about? Well, if you have never been, the show is all about telling the legend of Kamala. In this narrative, Kamala is a jungle with a mythical palace – not like the Kamala that people know about.

The Fantasia show Phuket is a huge stage act which happens at the grounds of a vast theme park found on the Kamala Beach. Its been almost 20 years and going since the first show took place. Each year, millions of travellers and tourists alike come to Phuket from all the world over to enjoy this magically stunning performance.

What to enjoy at Fanta Sea Within Fantasea is the park. One thing you need to know about the park is its immense nature and that it was made with the intention to provide entertainment to its visitors for hours on end. So, as you wait for the Phuket Fantasea show to begin, there is lots of stuff to do.

There are shops for you to feast your eyes on the stuff they have as well as shop till you drop as well as coffee shops where you can chill. The place is also kid friendly as they can keep busy in the couple of funfairs here. They get a chance to play and win some stuffed animals if they are lucky.

Is there a fee the kids are expected to pay to play? Yes. Besides the normal Fantasea Phuket price, in order to enjoy the funfairs, there is an extra fee. While there, don’t expect the winning prize to be more expensive than the game the kids will play. However, the bragging rights they will gain after winning should count for something, right?

According to Phuket Fantasea review, the theme of this stunning park is designed based on Thai mythology and legends. There are lots of great photo opportunities. What is really impressive is the restaurant and the building where the show takes place.

As per Phuket Fantasea TripAdvisor, the Golden Kinaree restaurant is a sight to behold as it resembles a large golden temple. Before you get here, what welcomes you is dozen brightly coloured Thai traditional boats.

While visiting the Fantasy show Phuket dinner at this Golden Kinaree restaurant is optional. We tried it out so that we can give a wholesome Phuket Fantasea review, restaurant, park and all. My, oh my! I have never seen such a humongous dining room with such large doors. It can take up to 4,000 seats. It’s basically as large as an entire soccer field! Imagine the shock we got.

Besides the largeness of the room, the decor is stunning. Much as the buffet was satisfactory, the dinner at Kamala beach is better. So, you can grab some there before coming to the Fantasea Phuket show.

The setting of the show

As soon as they announce the show, the first thing that happens is the crowd rushing. The irony about this rushing is that all these people have already paid for the tickets in advance. It’s like they just can’t wait to enjoy the experience of the show.

The unfortunate bit that I found out on Phuket Fantasea TripAdvisor is that people are not allowed to take pictures inside the theater. So, before you get in, one is expected to leave their cameras at designated spaces. This is one of the strictest things about the Fantasia show Phuket.

The theater accommodates thousands of people. It begins with caravan of huge elephants walking in between the spectators followed by the performers in Thai regalia. This is usually the most interesting part of the show… very remarkable and surreal. May be this is the reason why people rush to be the first on the queue so that they don’t miss out this first bit of the Fantasea show Phuket.

They begin once the performers and the elephants get to the stage so that they can show off their lovely displays of light and sound effects. It’s good to make an early booking in order to get the good seats and enjoy the Phuket Fantasea show better. Back seats can make the elephants appear as tiny as frogs while on stage.

After they narrate the history of Kamala, the actors, dancers and acrobats give the viewers well-choreographed performance. The Thai performers fly and spin above the audiences. To add some bit of magic to the show are some scary clowns. Much as they probably have nothing to do with the Thai legend, their time on stage gives the other performers some time to change their costumes behind the curtains.

The Fantasea show Phuket will set you back  1,800 baht for the show only. If you want to add the optional dinner to it, adults will pay 2,200 baht and Children 2,000 baht. Gold seats will cost you an extra 350 baht.