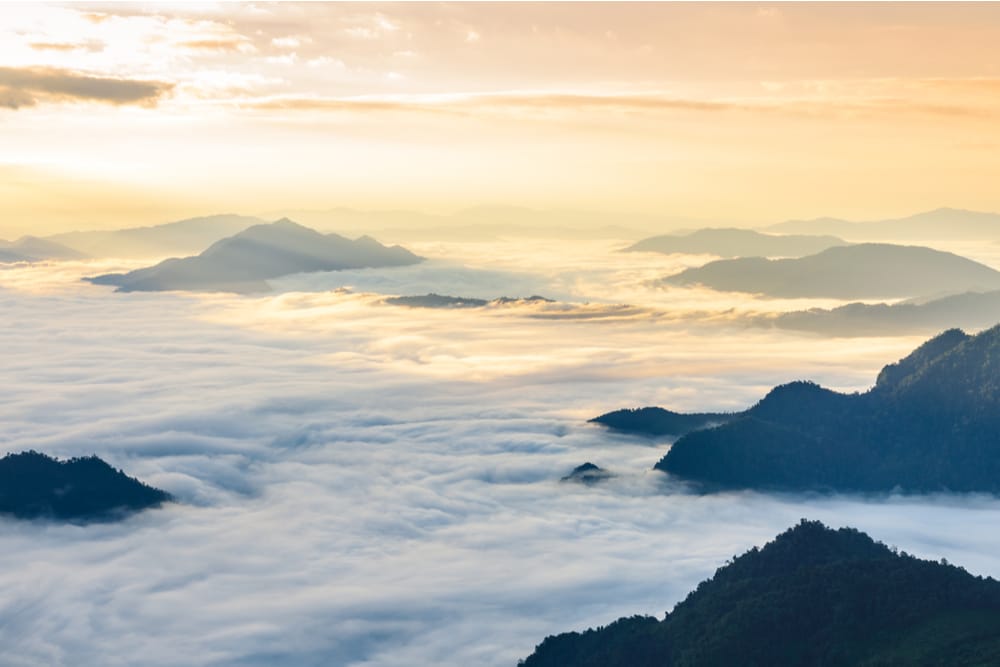 If you want to explore the Thailand landscape, one thing for sure is that the landscape is both diverse as well as traditional. The scenery is the most diverse you will find right at the heart of Southeast Asia.

To the North, Thailand borders Myanmar and Laos, to the South it borders Malaysia and to the south-east it borders Cambodia. The east coast covers approximately a thousand miles along the Gulf of Thailand. Then there is the west coast that only extends about 350 miles and it is next to the Andaman Sea. Thailand is less than 513,000 square km.

Looking at the landscape Thailand the scenery ranges from tropical islands, mountains as well as steamy rainforests. There are also 127 national and marine parks which protect the biodiverse landscape of Thailand. These parks have rare as well as endangered wildlife such as the Asian elephants, tigers, bears and monkeys. Then there are lots and lots of spectacular white sandy beaches that tourists get to enjoy as you look in to the Gulf as well as Andaman coasts.

So, if you are planning to go on holiday here, be prepared to do some hoping from tea plantations and hill tribe villages. Towards the central plains, you will find Asia’s rice bowl and at the south, islands that are covered with palm trees.

Now that you know that small bit about these Asian lands lets look at the Thai landscape and some of the top scenic spots that are a must-visit when on holiday here.

Like I mentioned earlier, Thailand is dappled with mountain ranges. But if you want to visit the tallest ones, you will find most of them at the north, especially along the Burmese border. Here, you will find some of the densely forested peaks which have steep river valleys and are also covered in tea plantations. If you are planning to visit the mountainous villages to enjoy the Thailand landscape, the best time would be to do it in January and February when the season is dryer and the temperatures are cooler. That said though, be prepared for some drastic drops in temperatures though.

The highest mountains are in Chiang Mai province. The highest mountain is, Doi Inthanon which is 1.6 miles in height. Here you can do some great nature walks as you enjoy the surrounding national park that has waterfalls, caves and stupas. Towards the end of the month of January, the pink Siamese Sakura flowers bloom. If birdwatching is your thing, this place is popular with bird watchers throughout the year.

Almost 30% of the Thai Landscape is covered in dense forests. These are host to thousands of animal and plant species. In these forests, you will find lots of national parks which preserve the forests and can be accessed all year round.

The oldest, most popular national park is the Khao Yai, just 3 hours from Bangkok. It is dedicated as a UNESCO heritage site and is usually hailed as one of Asia’s top parks. Besides the rainforests and waterfalls, you can also see elephants, bears, deer, gibbons plus this park is home to over 300 bird species.

Khao Sok is another park within the Thailand Landscape that is in Surat Thani province which is touted as the world’s oldest tropical evergreen rainforest. There are over 200 floral species per hectare and 48 wildlife species.

In the northern province of Tak is another UNESCO park, the Umphang Wildlife Sanctuary. This place has the most spectacular waterfall, Thi Lor Su as well as caves, mountains, wildlife and hornbills.

We cannot talk about landscape Thailand without the mention of the hundreds of islands, the palm tree populated white sandy beaches, the clear turquoise waters as well as the rich and diverse marine life. The islands stretch along the Andaman and Gulf coasts and you can enjoy island hoping.

The common ones on the Gulf are Koh Tao, Koh Samui and Koh Phangan which are less than an hour apart from each other when using a boat. Koh Samui is popular for luxurious resorts, restaurants and spas. Koh Tao on the other hand is Thailand’s top diving and snorkelling spot. Now if you are the life of the party, then Koh Phangan usually flocks with over 30,000 to attend their legendary Full Moon Party.

The Andaman coast is lined with mangrove swamps with rugged limestone outcrops jutting out of the sea in Phang Nga Bay. On this side of Thai landscape is where you will find the best Thai islands with Phuket and its lively lifestyle on being the largest. There is also Koh Phi Phi Le which hosts the infamous Maya Bay where Leonardo DiCaprio film “The Beach” was filmed.

The quieter island for families and couples is Koh Lanta. The Similan Islands are the best dive destinations in the world.

Whether its hiking, diving, snorkeling, sunset watching, partying or just lazing on the beaches, you will definitely appreciate the Thailand landscape.